Char and I went to her parents’ cabin way up north in Wisconsin. We had a great time, even if it seemed like all our time together was spent driving. Char got her license finally (“It’s great to hear you came out — of the garage” –char’s friend), but since the car was a rental I couldn’t let her show off.

The terrain up there is different from anything one sees in the Northeast. It’s mostly flat, but still has a little roll to it. It’s not farms, though, it’s all trees and national forests, and the trees are all conifer. Driving down the county roads all you see is a corridor of road between pine trees for as long as it takes to get to the next little town. The towns are a combination of hick and rich tourist, so you get the sort of sketchy gas stations along with gigantic supermarkets with organic goods. For this area of Wisconsin, most of the tourists are from Illinois, and if Char and her family are any indication, people in Wisconsin hate them. 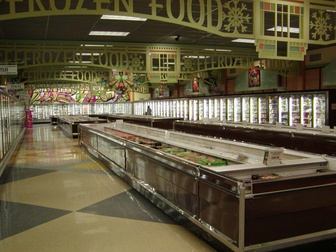 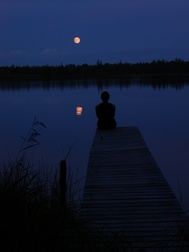 Looking across the lake at the cabin

Char and I put 800 miles on my rent-a-car playing minigolf, going to a casino, cooling off at a waterpark, and driving lots of go-karts. While on the ferris wheel at the Riverview amusement park, we noticed a building across the street that appeared not to be level, and upside-down at that. After we had our fill of rides, we checked it out, and upon closer inspection we saw a car stuck underneath the building, as if the building had fallen on it. At the ticket window, we could see that it was called "TOP SECRET," contained strobes and other effects, and cost twelve bucks to get in. I won’t reveal the secrets contained within, but it was fun. 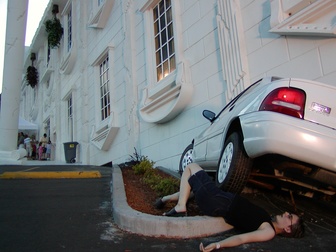 Char seems to be having some trouble 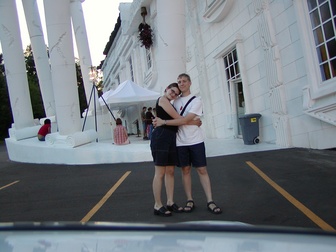 Us, outside TOP SECRET 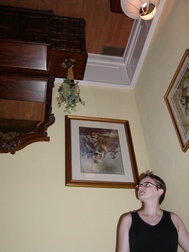 The only photo we were permitted to take inside

I took more photos with my film camera, but I have to wait for them to get developed. I’ll add another entry when I get the prints.

Some pictures of fireworks

Fourth of July again! Remember last time? Well this time it was back in Newton. The fireworks were pretty impressive, and there wasn’t the always-unsuccessful attempt to set the fireworks to music.

The method in this case was basically "keep snapping, something will work." I set the focus to infinity, a reasonable shutterspeed (1/13 I think) and hoped for the best. I didn’t have a tripod, so there are a lot of blurry shots. Of the hundred I took, these are the best. 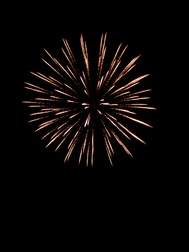 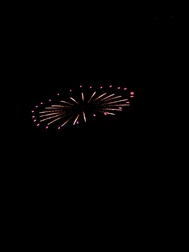 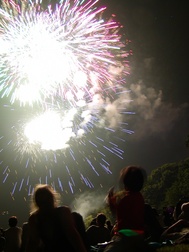 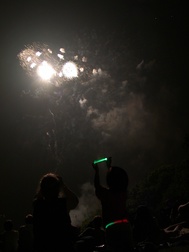 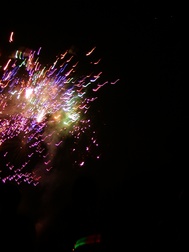 Not the steadiest, but the colors are brilliant

I took a trip to the cape. Pics of haze, house, buddha.

I took a short trip to the cape this weekend. I didn’t do too much, mostly played some straight pool to practice. I did quite well. I didn’t run any racks, but I wasn’t missing a lot either.

I took some shots of the house for those of you who’ve never seen it. 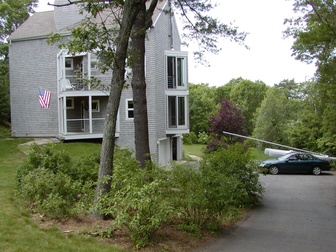 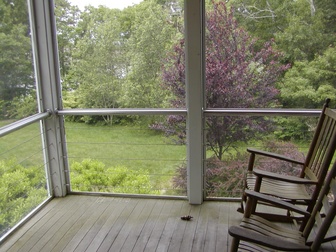 The above photo was one of the first photos I took when I got the camera
after christmas ’01. The date indicates this was 1/5/02, my brother’s birthday. Anyway it’s a good shot of the pool table, so I figured I’d include it here.

It was extremely hazy on Friday night, so much so that mom thought her glasses were fogged up just from looking across the street. It made for some interesting photo opportunities, all of which I squandered. 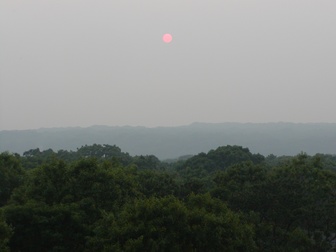 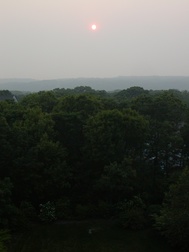 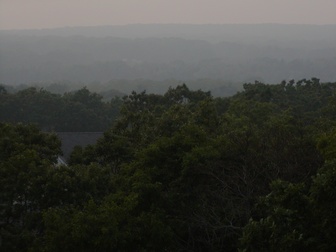 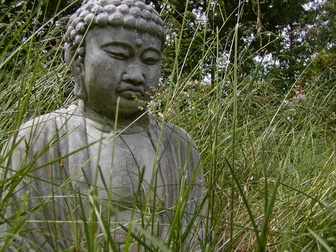 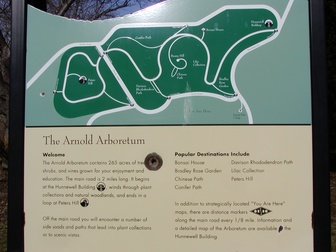 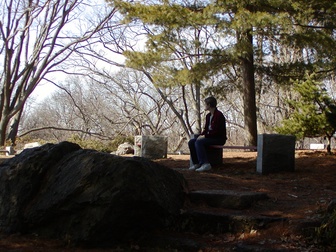 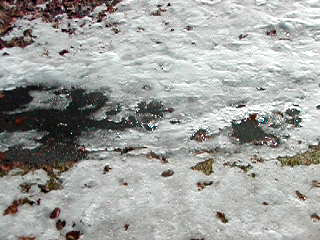 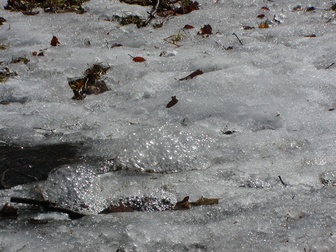 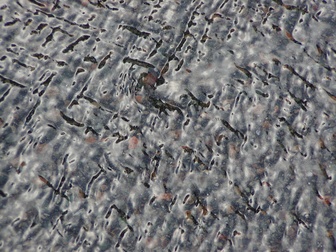