We can do an SD-style online where we conform on the offline, much like what we did for prisons (SD). So you edit with the proxies, and then in XpressPro, batch re-capture the full-rez DVCPRO HD MXF files(this would have to be xpresspro HD of course). Then you consolidate to a drive, and copy those files to the DS. Boom, the files show up.

HOWEVER, you have to shoot in 59.94 (standard pulldown) because DS doesn’t understand 720/23.98. So you can’t save space with the 24 advanced mode because there’s no way to convert those files to 59.94. The Panasonic lady was really unreasonable about saying that Avid should get off their ass and support 23.98. While true, doing some sort of software convert from 23.98 to 59.94 shouldn’t be unreasonable.

Here’s my last set of pictures from NAB and Vegas: 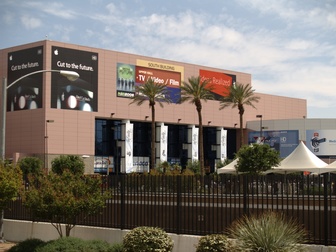 NAB was big. The daily news they were handing out quoted a figure of 100000+ attendees. The convention center covers something like 3.2 million square feet of space, and NAB used the whole thing. I spent most of my time in the South Hall, where the editing, compositing, and color correction apps were. I didn’t even go into the North Hall, which was radio-specific. 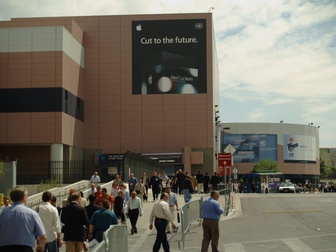 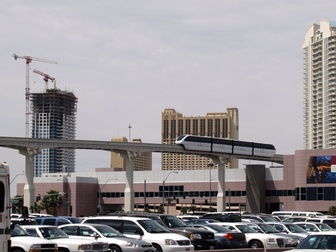 Las Vegas has a monorail, which happily proclaims that it was built “without a cent of taxpayer money!” This may be why it costs 5.00$ per trip, even though it only covers 4 miles. 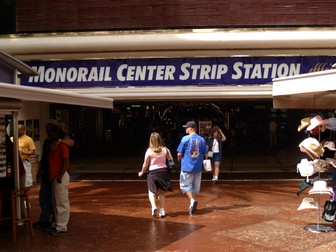 As you can see, this monorail “Center Strip Station” is really a casino. The actual station is behind the casino, so you have to walk through many twisty passages, all alike, to get there. This is the case for nearly all the stations. They are not exactly “convenient.”  More on this later, but first, more plasma screens! 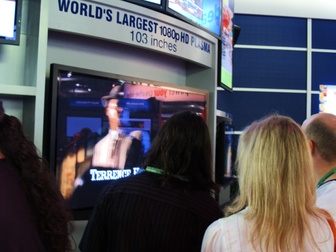 Panasonic was showing off their record-breaking 103″ plasma screen. The picture was beautiful, but the screen was so susceptible to glare you’d have to be extremely careful about where you put it.  I think at that size I’d rather have a front projector.  Some of the front projectors being shown looked just as good. 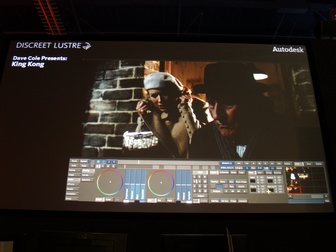 Autodesk Discreet Lustre is one of the applications I came to NAB to see. Here it is working on the toughest color grading shot in King Kong. In this sequence the characters move from inside to outside through two different color temperatures, so they needed to apply 12 special layers to deal with the changes. They even had a special mask for the guy’s nose because it exits the door before the rest of his face does.  As with most demos, it’s easy to see what the solution was after it was found, but I wonder how many tries it took to find it. 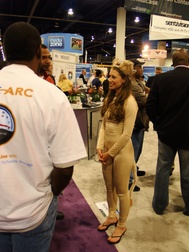 Char asked me if there were any booth bunnies. On the whole, no. I guess they have a larger presence at the gaming conventions, but at NAB I only saw a few.  Most of the people talking about the products were engineers or trained sales staff. 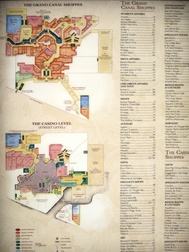 This is pretty representative of a map inside a casino mall. There are a few reasons, all calculated, why it’s hard to find your way around. First of all, there is no “you are here.” Second, the stores are numbered on the map, so you have to try to find a store near you, find it on the categorized chart, and then find corresponding number on the map. Third, there are lots of twists and turns, making it hard to keep a sense of direction. And finally, the exits are often not marked at all, so it is extremely difficult to find your way out. Spending time in these malls is very disorienting, and leads to a lot of extra walking, especially when you just want to get outside and over to the casino you actually want to be in. 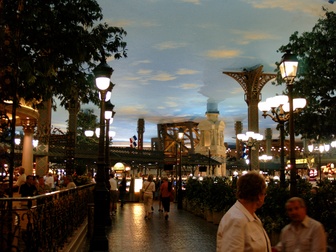 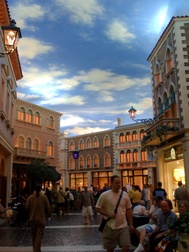 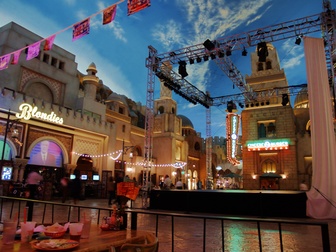 The casino malls also have a painted on sky for a ceiling, so that the interior represents a sort of faux little-french-city or side-streets-of-venice. Also very disorienting.  The sky seems to move above you because it’s closer than your brain is used to. 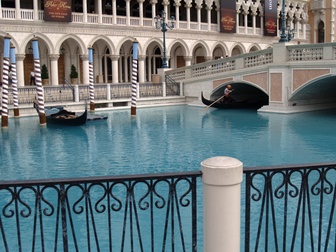 I’m sure Peter can confirm that the water in “Old” Venice (as they put it) is just as crystal clear and blue. 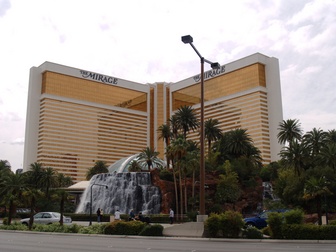 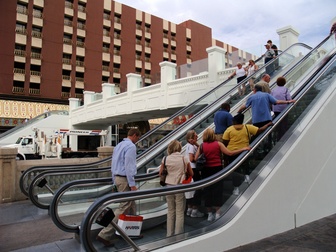 By the way, outside the casinos, this is what walking through vegas normally looks like: 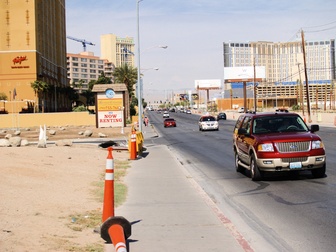 But look on the bright side, if you want, you can get married on the bridge of the Enterprise and have your reception at Quark’s! 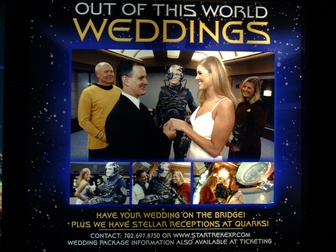 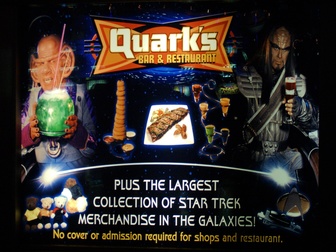 Here’s a shot of the da Vinci color corrector at work.  This thing has some scary features, like it can automatically track a face in (and out) of frame so that you can do a custom color correction just on that.  You just draw a rough circle around the area and it does the rest — no rotoscoping or tracker-picking necessary.

It was also fun to watch them correct the levels in a scene.  They would just manipulate the wheels in front of them, and suddenly the frame looked good.  You could really fly on that thing. 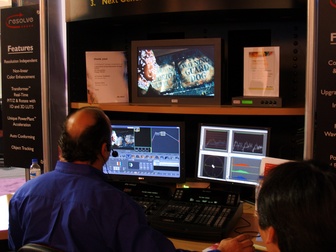 Or more specifically, DS Assist 8.0 on a Macbook Pro running Windows. DNxHD plays back in real time with (software) realtime CC and titles. 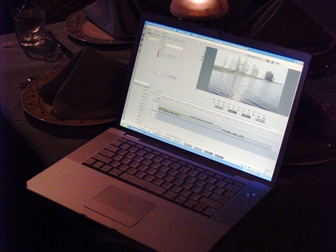 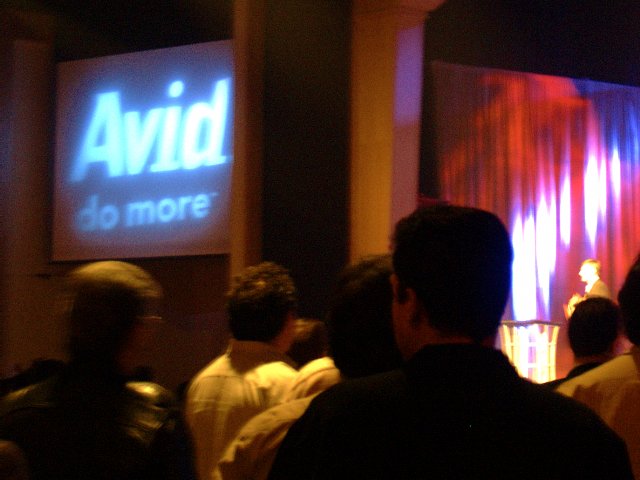 From the User Event: