Jeff and Joe and I played a little poker yesterday. 5$ buy-in, nickel and dime blinds — nothing big. Toward the end I wasn’t doing so well, but then I caught a dumb-luck three twos after going all-in with T2o (badly trying to bluff a weak pot). I was doing better after a little while of heads-up with Joe, and it was starting to get late.

On what would be the last hand of the night, I said something about having caught my “lucking fuckin’ twos” — without which I would have been out of the game. Then I looked down at my cards: pair of twos. Omens don’t come stronger that that.

Joe turned over a pair of threes. At this point, I lose unless I get a two. Jeff starts dealing the flop, and the very first card is a 2. Gasps all around. Jeff’s hand freezes, not believing I caught another lucky break. He deals the rest of the cards, 5,6 and then a 7. At this point Joe needs a 3 or a 4 to win. Jeff and Joe groan at my improbable luck.

And he gets his lucky fuckin’ 3 on the river. I ended up with 3 bucks out of my 5$ buy-in, so I give Joe his well-earned two dollars.

Hold ’em is a great game. Lots of psychology, lots of drama. We only played for a couple hours, and there were numerous hands with amazing turnarounds and stupendous pots. I have to say, it makes a huge difference when you’re betting real money, even just five bucks. The tendency to just throw money around and then demand more chips from the bank goes away (unless you want to rebuy!). I don’t plan to play for money regularly, I’m not the gambling type. But it’s still a fun game. 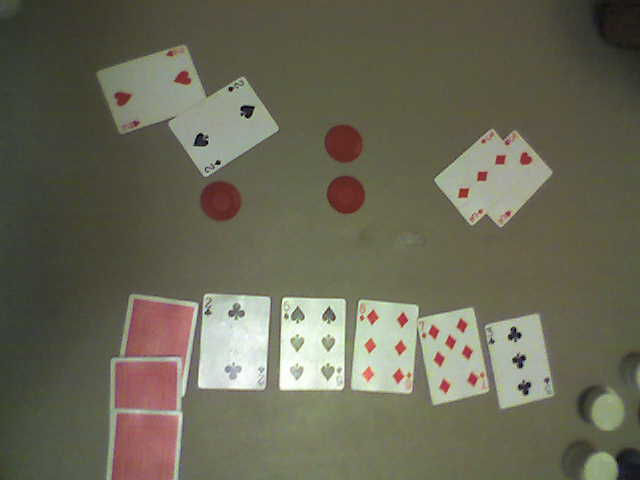 I just figured out if you right click on an item in Azureus and select “column setup” you can turn off all of the useless junk columns it displays in the main window. By default it displays so much information that the program takes up most of the width of my screen. It’s still a cluttered program, but now it only takes up a quarter of the screen. Azureus is the most option-happy program I’ve used in a long time, and it’s annoying to have to basically simplify their interface for them. But at least it’s possible.

Mike MacHenry invited us to his house in Wakefield the other weekend, because his parents have a pool. We did spend time in the pool, but you wouldn’t know it from these photos. We also hung out at a park on what I think was Lake Quannapowitt. 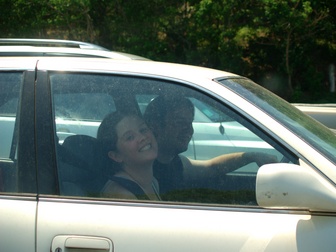 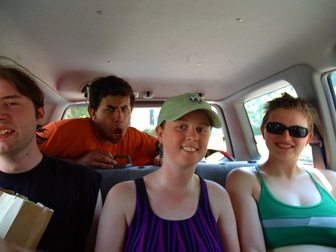 at the park, we discovered that Jeff has been keeping a hidden talent from us 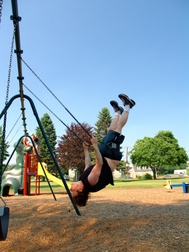 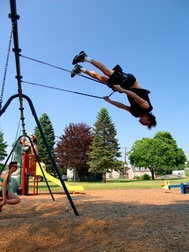 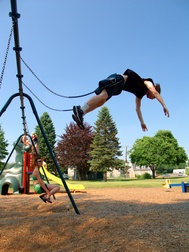 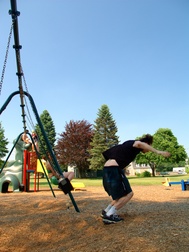 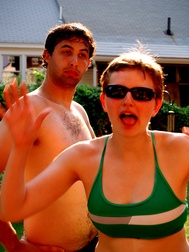