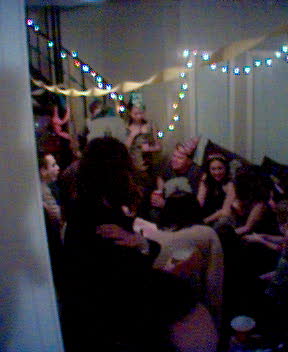 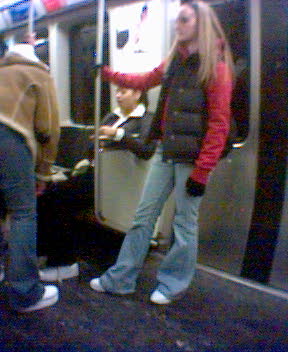 Holy shit, it’s every girl with a vest and headband i’ve ever seen!

Recently I bought a hard-drive mp3 player for my girlfriend. There are a lot to choose from these days: the ipod, creative’s nomad line, the dell jukebox, the rio karma. To compare these devices, I made use of a few sites’ reviews, as well as the raw technical specs. After comparing price, battery life, disk space, and physical size, I finally settled on the Dell Jukebox.

While doing my research, I discovered there was another column on my spreadsheet that wasn’t well-covered in the online reviews: how open is the device? Taking my example, the ipod is totally open. You hook it up to your firewire port, and it pops up like a hard drive. “Uploading” mp3s is simply a matter of copying files from one hard drive to the other. The Dell Jukebox, in contrast, comes with Musicmatch, and thou shalt not use anything but Musicmatch to generate playlists and upload mp3s.

Luckily in my girlfriend’s case there is a great product that allows her to do everything she wants. But not everyone is so lucky. My brother got a cellphone, and rather than supporting the standard irda spec, it uses its own special spec which only works with its own crappy software. So he can’t beam his contacts from his old phone to his new phone. This is progress?

There is a war going on between closed, restrictive computing (represented by Windows and DRM and pay-as-you-go licensing) and open source (represented by Linux and free software and not making money easily). Open Source is doing quite well, but it’s got a bad Achille’s heel: hardware. If the open source movement loses access to hardware, it’s all but over. If the world becomes populated with Dell Jukeboxes that only work on one OS with certain software, open source is going to have to devote a lot of time to reverse-engineering and windows emulation. A reverse-engineered driver is usually not quite perfect, and takes a long time to write. By the time linux support is achieved, new models have already come out.

In order to combat this, hardware review sites should add a column to their reviews: the openness factor. It’s a simple measure of how open the device is — does the user have complete access to the device, or are they restricted at every turn? It should have a very easy scale:

I think those four options are enough to cover just about anything out there. The ipod gets a 3 because it’s not an open platform, but you can do just about anything. The tivo series one was a 3 because of its hackability (though it’s difficult), but the series two might get a 2 for being much harder to crack. Fours are sadly quite rare. Thankfully ones are also pretty rare. They tend not to last very long in the marketplace, as DivX and various mp3 services have discovered.

I think it would be a valuable public service if reviewers really started investigating these issues. My phone, the Sony-Ericsson T610, is a 3. You’ll never access the hardware that talks to the network, but you can do anything you want with the user interface. It’s also got bluetooth, you can do anything with emailing, etc etc. My brother’s phone gets a 2 — you can upload wallpapers, but you have to buy (no joke) an irda cable and use samsung’s software in order to do it. Had I read a review of Samsung’s phones that said “hey the irda on this phone doesn’t work with anything!” I might not have recommended he get it.

So I issue a call to reviewers: pay attention to the openness of the products you are reviewing. A device ranked 1 or 2 is a pain to use for everyone, not just open source fanatics like myself. If consumers are informed about what they can or can’t do with their new toys, they might buy smarter. If they buy smarter, hardware manufacturers will see it in their bottom lines and act accordingly. 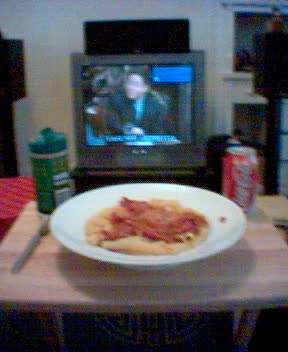 Iron chef on the tv and a huge bowl of pasta in front of me: life is good 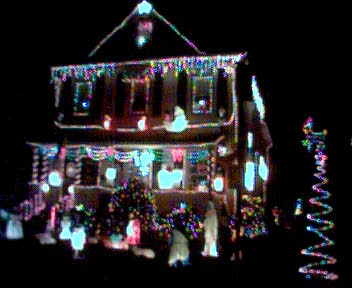 This is the house we call the ‘spectacular house.’ it may not compare to light setups elsewhere, but for us this is as good as it gets. Every year they add something new, so it’s fun to see how much more tacky it can get 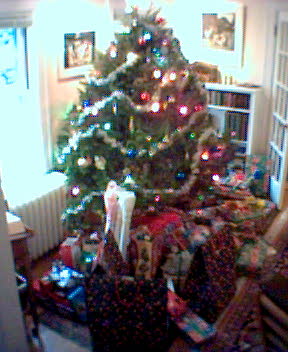 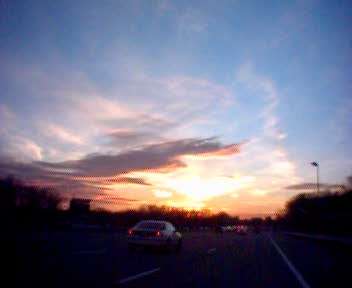 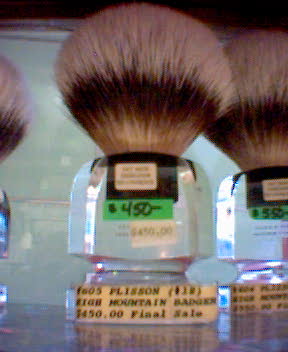 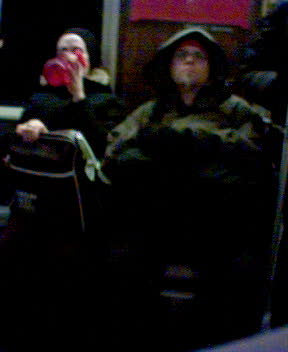 Do-rag and soul patch… Ok you know what? I’m sick of posting silly people with the same ‘counter’culture look. From the next entry on this will be a hipster-free space. Only truly cool people will qualify for attention. Maybe i should start a corresponding livejournal group! 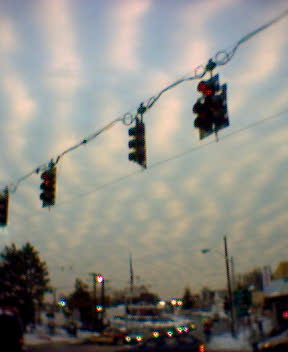