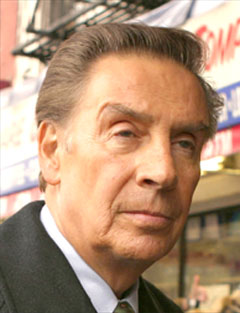 Crazy video of the night the red sox won the world series, shot by the guy who does all of those crazy bicycle videos. 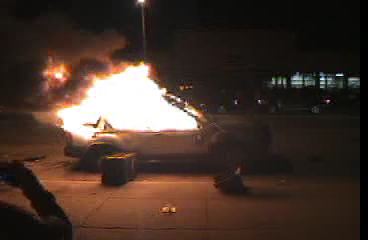 Thanks to HAL, dbus, and the whole alphabet soup, we can execute a script when we plug in our digital camera. The default, running f-spot, doesn’t really do much good. It doesn’t accomplish what it should, namely moving all the files from the camera to our hard drive. Here’s a script I wrote that will actually do that, and it even has a progress bar! It will also create new directories if you import multiple rounds of photos, to prevent overwriting of images. Note that you need zenity in order for this to work.
END_OF_DOCUMENT_TOKEN_TO_BE_REPLACED

Wow, it’s an update actually made within 12 months of the taking of the photos! How can this be? Well, I got a new camera. Specifically, the Olympus e300, which has been fantastic. It’s a little cheaper than the competing products
from nikon and canon, and as a result there are some definite differences in features — its startup time is not quite instant (~2 seconds), the rapid-fire is slower (2.5/second), and there are only 3 configurable focus points, but I don’t care about any of these issues. It has the responsiveness that I was hoping for, the controls are intuitive and smooth, and the pictures look great so far.

The reason I got this is because my old film camera was jacked
in the robbery and I wanted to replace it for my upcoming trip to Japan. I could have gotten another film camera, but film is clearly on the way out and it’s easy to offset the extra cost of digital by not needing to process film

You’ll note that the images are still 1600×1200. The camera actually takes 8 megapixel photos (3337×2502) but those files are too big for the web, so I’m not posting the full size images. If you’re interested in a huge version of something, please email me and ask for it. 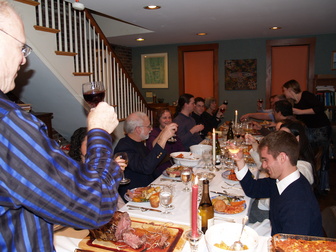 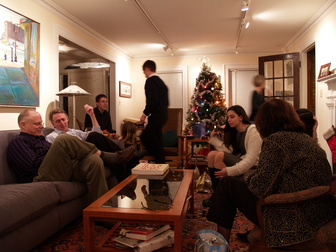 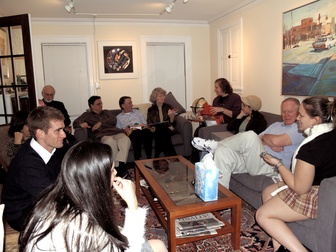 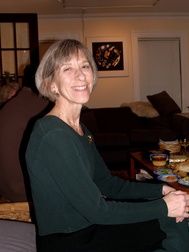 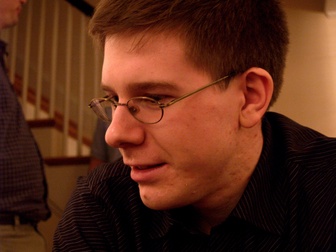 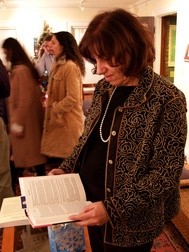 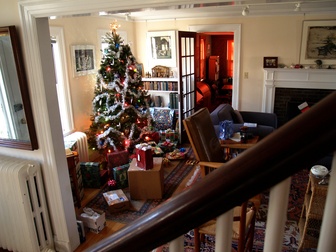 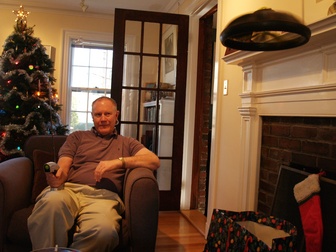 My uncle Guy bought us this little ufo helicopter object, which I’m fairly sure we haven’t broken yet. It’s very difficult to control, and gentle landings are rare. Usually it hits something, it loses its aerodynamic properties, and it crashes to the ground, amidst much grinding of propeller. A great time was had by all. 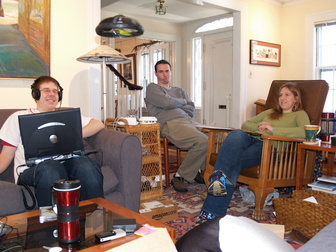 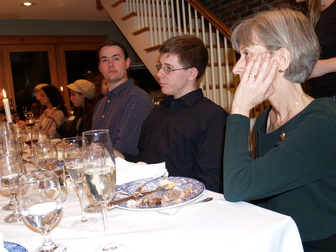 a lot of these photos I barely had to adjust. The white and black levels coming out of the camera are amazing. I can’t wait to take some shots somewhere with some light.

Usually on a laptop the VGA connector just outputs a clone of the main screen, but It turns out my laptop actually supports dual monitors. After maybe a half hour of wrestling with xorg.conf (not quite plug and play, grrr) I got it to work, so now I’m playing around with the possibilities. It makes sense to me to have the second monitor display information I want to have up all the time, like tomboy notes, my im list, a music player maybe, and anything else I can squeeze in there.

I can’t put anything critical on that screen, since I’m not going to have it all the time, but it’s certainly extremely nice to have.

I was afraid for a while that I wouldn’t be able to have different resolutions on different monitors, but thankfully that’s not a limitation. I can have 1280×800 on my laptop and whatever I want on the outboard screen. Fun stuff.