Laurel pointed me to this site that posts pictures of Trendy Japanese Youth. It’s not the adult-baby crap that most people think of when they here “Japanese Fashion,” it’s more of the everyday trendy stuff.

This is what I told Laurel:
when I was in Japan, Tokyo especially, you would see photographers set
up on a side street photographing anyone who they thought was trendy.
There were tv shows that would go through and find the latest fashions.
Most of them are of course not as wacky as people are aware of here
(“omg skirts with prints of panties on them! lol!”). When I was there,
they did a segment on, like, sweater tanktops with turtlenecks. And
they would have little interviews with like 6 women in a row with the
exact same look.

I guess what’s weird is they have a lot of styles you only see in Japan,
but in Japan a ton of people have that same style.

Char says: I finally beat this game, which I started over winter break in my sophomore year of college. I’ve been playing the Might and Magic series since I was about 11, and have now
beat III through VI. So don’t say I never accomplished anything in my life (ha ha). 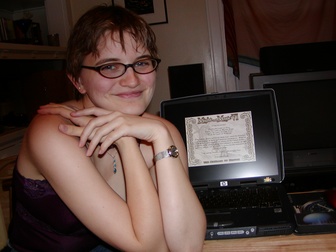 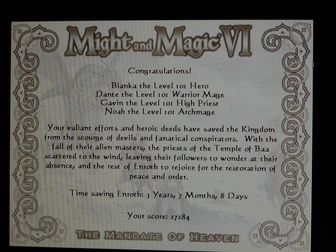 Char and I went to the Public Gardens in Boston, and were fortunate enough to see ducklings. They were extremely small, cute, and fast-footed when they had to run. The light was very low, so the pictures are blurry. 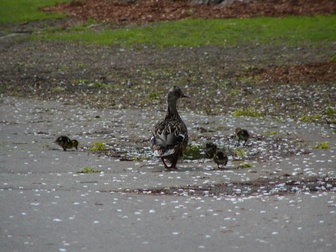 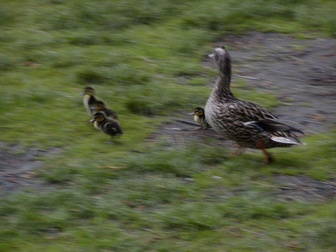 A couple pictures of spring in Boston 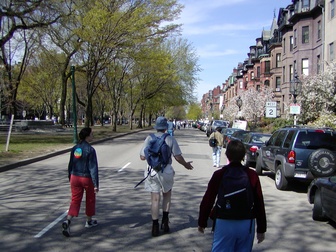 Caley, Dad, and Char on the walk for hunger, Back Bay in Bloom 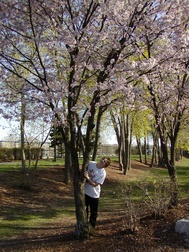 We live here. How cool is that? 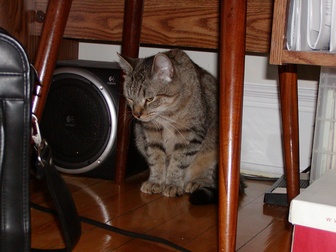 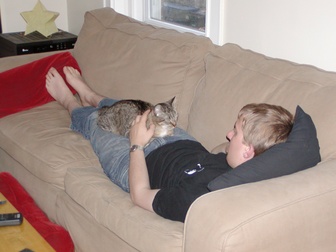 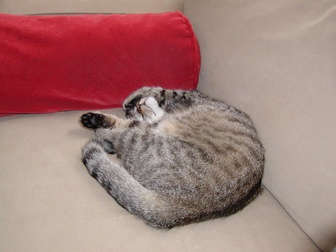 Char and I went to a baseball game, pics of pedro!

I had planned to take Char to a baseball game sometime this summer, but we lucked out and got free tickets from my Dad’s accountant. (Thanks Bruce!) The seats were amazing, just up behind the third base dugout.

The Red Sox played the Twins, and whupped their butts.. Pedro pitched one of his great games, and completely shut the opposition down. The game was only two and a half hours, because, basically, the other team didn’t get to do anything. 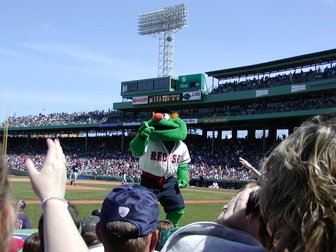 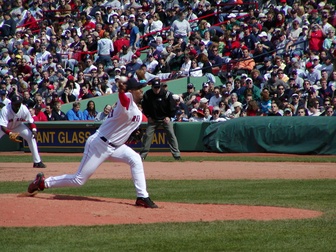 My camera records the shutter speed as 1/1000, and Pedro is still blurring the image 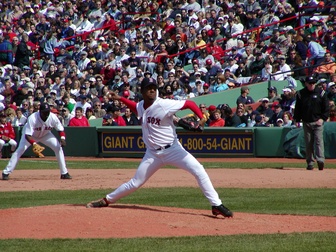