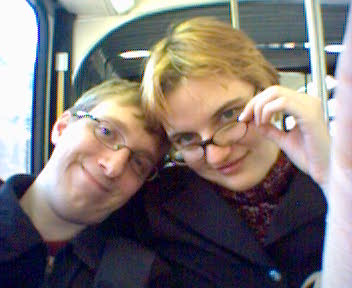 Us on the weekend

A musician named DJ Danger Mouse took two albums — The Beatles White album and Jay-Z’s Black Album — and mixed them together, resulting in The Grey Album. I’m not a hip-hop fan, and I get uncomfortable when my speakers start shouting “nigga,” so I normally wouldn’t be interested in something like this. Except that DJ Danger Mouse is not being allowed to sell his record because the Beatles’ people (EMI) won’t allow him to infringe on their copyright. Jay-Z specifically released a vocals-only version of his album so that people could do exactly this, but EMI is living in some sort of rhetorical hole where artistic creations and variations based on their “properties” are somehow dangerous.

In honor of the right to create new culture based on existing culture, 40 years old and otherwise, today has been declared Grey Tuesday, and sites across the web are posting The Grey Album in protest of EMI’s pigheaded actions.

I downloaded the entire album off of Limewire in about five minutes. I’ve removed the local version, I don’t have the bandwidth to keep it up for any period of time. 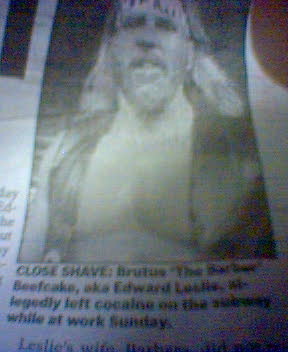 So it turns out that the mysterious powder found in downtown crossing was cocaine. Left by a former wwf wrestler. Who now works as a fare collector. I think that’s funny.

a 10.3 client won’t use a 10.2 server as a netinfo server to provide authentication and managed desktop services.
END_OF_DOCUMENT_TOKEN_TO_BE_REPLACED

Char and I were coming home on the T yesterday on the redline going southbound. The train had just passed the Charles/MGH stop and was at Park Street. A voice came on the loudspeaker and said “the next stop will be Charles/MGH.” This of course makes no sense, since we just came from there.

Unfortunately, there were a bunch of police and fire officials at the underground concourse, and they told us we should walk to Downtown above ground. I asked if the station was closed too, or just the concourse. The policeman said yeah, the station’s still open.

At this point I was thinking a water main had busted and flooded the tunnel. The concourse might be flooded, making underground travel to Downtown impossible (or at least very wet).

When we got to Downtown (now above ground), there were more fire trucks, and more police cars. We tried to go into the station from one entrance, and the firefighter there said to use the other entrance. We used the other entrance, and _finally_ someone told us that, in fact, the whole station was closed after all. It’s amazing how poor the communication between these guys was over a mere 500 feet.

We ended up walking to Chinatown and taking the train from there.

Today I found this in the paper: 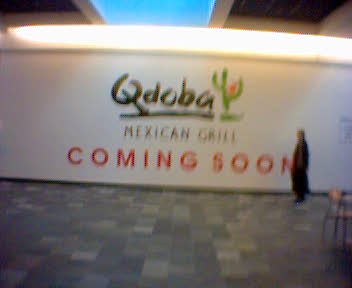 These are some photos that have been sitting around for a while, and I’ve only just gotten around to posting them. 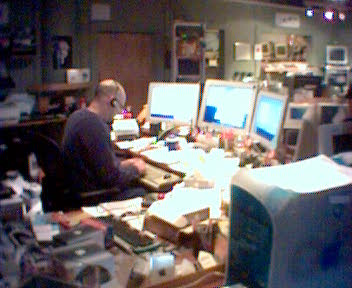 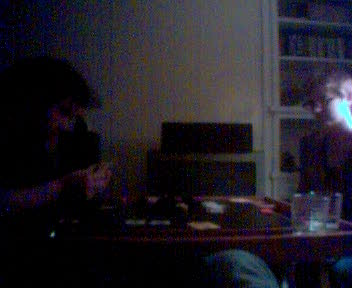 Char, mike, and i play some games a couple weeks ago. Hey look, it’s mixed tense!

Well thank goodness my site is the highest rated result for “boston qdoba” on google. I got an email today from an alert reader who found my site and says:

we seem to be in the same boat because I,too, am searching for a qdoba competitor and anna’s just doesn’t cut it! A few days ago I was in the Copley mall and low and behold, there is a qdoba actually coming to the mall! Word has it that there are three of them coming to boston soon…just thought you might be interested….hope you enjoy it!

This is great news, and I will no longer have to pine for burritos I can’t have. I never mentioned this, but when Char visited me for Thanksgiving she actually brought a Qdoba burrito on the plane from wisconsin so that I could have one in Massachusetts. It was totally unexpected, and even nuked it was delicious. She’s a great gal.