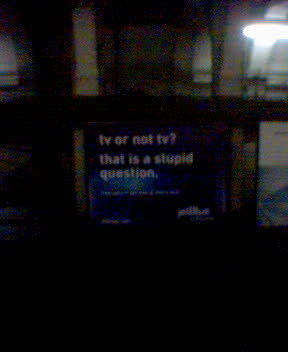 ‘tv or no tv? That is a stupid question.’ ad guy: ok for this campaign, we think we’ll get lots of business if we call our customers morons 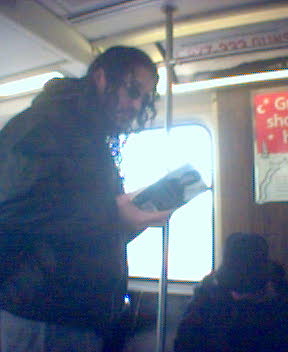 This article seems to describe some of my behavior pretty well:

… the procrastinator can be motivated to do difficult, timely and important tasks, as long as these tasks are a way of not doing something more important.

As in, I wrote Bloggo as a way of avoiding doing a project for work. The work did get done, late, but I also had this other great accomplishment.

The author, John Perry, points out a flaw of this philosophy:

At this point you may be asking, “How about the important tasks at the top of the list, that one never does?” Admittedly, there is a potential problem here.

Perry’s solution of making sure that the “most important” tasks are the ones that are the least dependant on deadlines is somewhat of a cop-out.

My solution is to constantly rearrange the list of tasks, so the thing I was avoiding doing yesterday becomes the thing I do to ignore something new. For instance, I avoid paying the bills until a week or two before they are due, but as the deadlines get close, I decide to do the bills as a way of avoiding doing the dishes. Logically, the bills are more important because they involve money and theoretical large men breaking your legs. Instead, I think of the bills as an easy task involving a pen and paper, rather than getting my hands wet and soapy and aggrivating my eczema. This process of justifying reordering the list is crucial to convincing yourself that you’re putting things off, but once you cross that hurdle you’re on your way to lazy productivity! 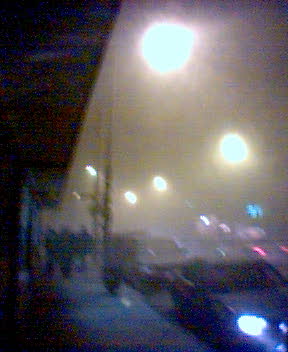 Today was gray and cold, but otherwise normal. It wasn’t even that cloudy–i had a great view of the full moon on the train. I go into harvest to get some groceries, and when i come out it’s snowing like a blizzard. You could barely see 100 feet, and people in shop windows were staring outside in disbelief. 20 minutes later it’s stopped, but not before dropping nearly half an inch in that time. 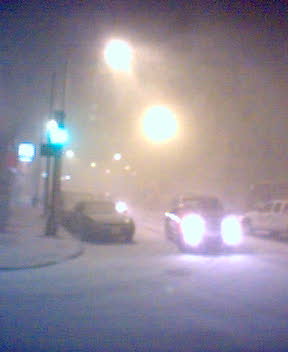 Here’s a bit of high-concept art. Everyone who talks about cameraphones emphasizes the spontaneous nature of the photography, the every-dayness of the pictures. Now if I were an artist, I’d get a cast of thousands, the most expensive lighting setup — you know, something like the photos of Gregory Crewdson… and then I’d shoot it with my shitty 352×288 cameraphone. Spending thousands of dollars to determine the arrangement of 100,000 pixels? Art, baby.

Spam filters have gotten good enough that the only thing that gets through is total nonsense and awful spelling:

Genierc Virgaa
costs 60% less! save a lot of $.
FOR VIGARA CILCK HERE

Both products shipped discretely to your door

RPM is a little like windows — it’s chaotic, and if it’s disturbed everything blows up and there’s nothing you can do. But, if you find that rpm suddenly stops working and none of the commands work, try doing:

and it might just work again. As always, you should have backups.