This is what can happen when you (I) misread architectural plans. Here is the finished framing for the loft skylight, after I fixed my problem:

Can you figure out what went wrong? 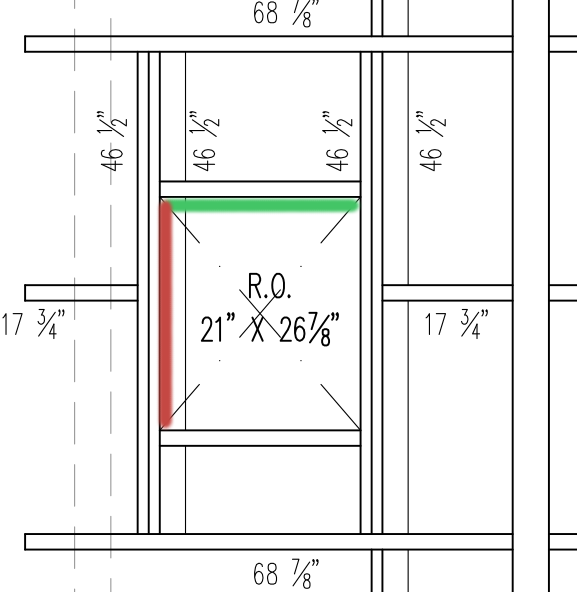 Green, you say? That’s what I thought until I went to buy the skylight, and they didn’t sell one that would open along the red dimension. Confused, I looked at the plans and took the full rafter length, 68.125″, and subtracted the length of the cripple studs (17.75″ and 17.75″) as well as the width of 2 double studs, 6 inches:

And that’s suspiciously close to 26.875, which what I had thought was the red dimension.

If I’d left the framing as it was, the skylight would have been oriented incorrectly and probably would have leaked. So I spent a good long while staring at the framing and figuring out how to reframe the opening for the correct orientation.

The plans aren’t technically wrong, but the author could have rotated the text for the skylight dimensions to make it clear. Ultimately no harm was done and I fixed the problem before I’d cut a bad hole in my roof.