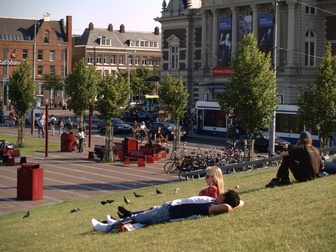 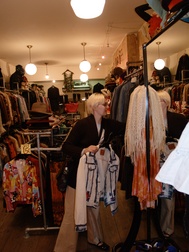 Amsterdam is a maze of twisty little passages, all alike. Often there will be multiple instances of a chain store on different blocks, adding to the disorientation. Luckily all roads lead to Central Station, so it’s easy to get lost but also easy to find your way back 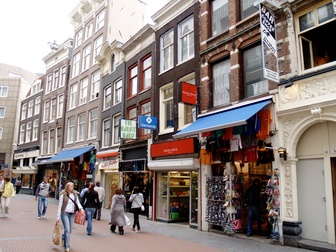 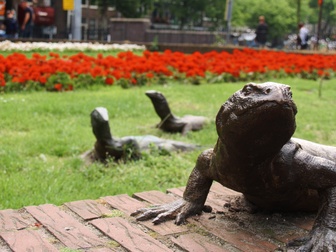 Early on I saw the Heineken experience by myself (Char was shopping at the time). I knew it would be dumb and expensive, but I didn’t realize just how dumb it could get. The beginning of the “Experience” is a museum-like area that tells the story of how Heineken was founded. It has the letter the guy sent to his mom (zing!) saying he had bought a brewery, and the marble cornerstone of his first brewery… Except that the letter is a xerox, and the cornerstone is a plastic cast! Totally low-rent. 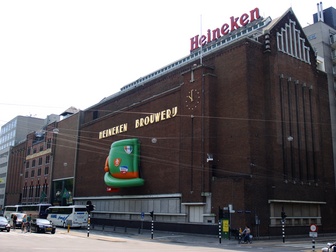 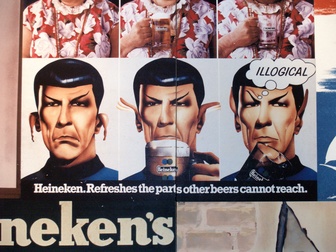 The Experience was about twice as long as it needed to be. Half way through you get your first free beer, but then it’s off to more horrible branding experiences. The movie presentation of a first-person view of a bottle being filled with beer was a notable low point. About the time I got to the Pod People section of the Experience, I couldn’t take the horrible green branding of it all and had to leave. Yes, I turned down more free beer! 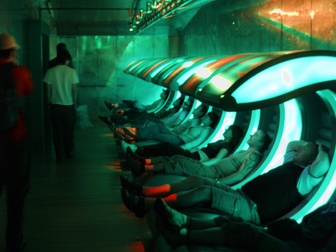 Near the Heineken brewery is a Pancake restaurant in an old carousel. They had kept a few of the horses, but despite the good pancakes I would have preferred a carousel. 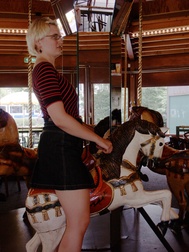 Char and I did some Geocaching in Amsterdam. I had printed out some caches before I left for Europe, picking three caches with increasing levels of difficulty. The first cache was a simple one that led to an interesting point in Amsterdam — a copper plate from which everything is measured. I’ll let this informational sheet explain: 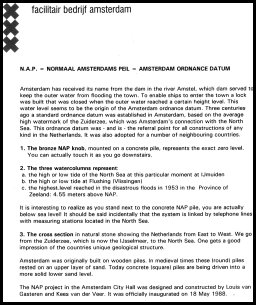 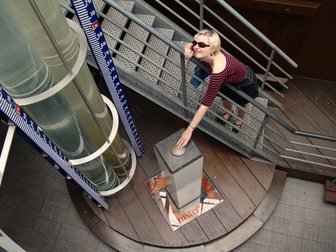 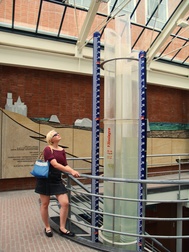 I was “warned” before I went that Cafes and Coffeeshops are different things in Amsterdam. As it turns out, there’s no way you could mistake a coffeeshop for a place that serves coffee. The odor and clientele should be enough to clue in even the cluelessest foreigner.

One thing I noticed was that many of the coffeeshops are blatant trademark violations: 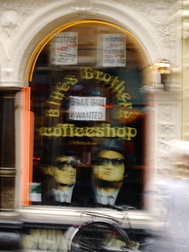 Other coffeeshops included The Doors Coffeeshop, The Pink Floyd Coffeeshop, Popeye’s Coffeeshop, Hill Street Blues, and many others. I’m surprised that they are allowed to exist, considering that a big company probably wouldn’t want their “properties” associated with drug use. Yet, there they are. 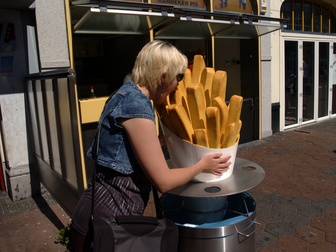 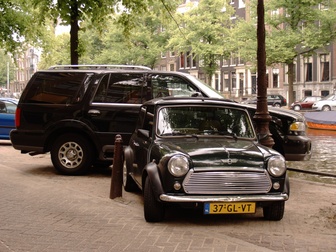 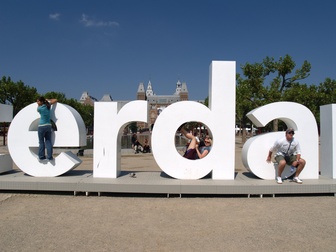 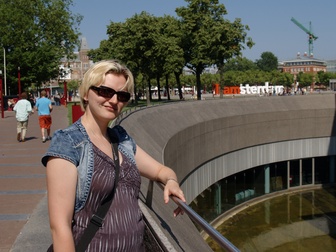 And of course our favorite sign, which introduced us to a new Dutch word: 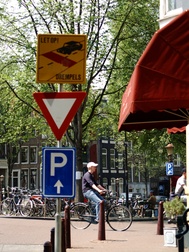