Char and I take a walk on the Charles

Note: this entry has been back-dated, I forgot to post it.
Char and I took a
walk along Charles River in Watertown. They’ve been extending the path along the Charles in recent years, and it’s looking really beautiful. The whole thing is overflowing in green, and if it weren’t for the steady drone of cars you could nearly think you were in a rainforest. 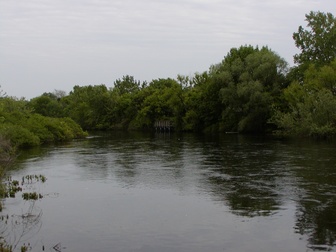 Charles River. You can see a lookout across the river. 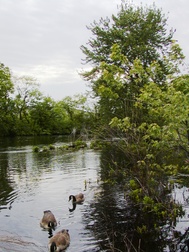 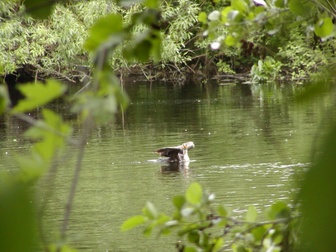 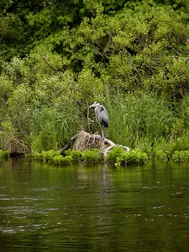 This bird does not move

We saw the above bird twice — once on June 3rd, and again about two weeks later. It was on the same rock, in the same pose. Given the lack of motion I thought for a moment it was a fake bird, but it soon moved its head around. Laurel, do you know what type of bird this is?