I took part in the Boston antiwar protests today. The organization was quite clever: first there were walkouts at various campuses around the city, and each college had its own rally. Then they started to walk toward the center of the city and converge, forming a larger protest. From Boston City Hall we marched to Copley Square. The MIT rally was smaller than I would have liked, but it felt legitimate, unlike the protests I remember passing by at school in Madison. 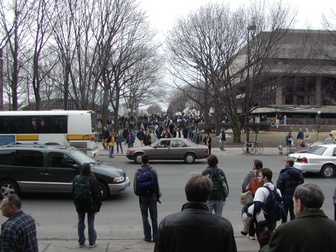 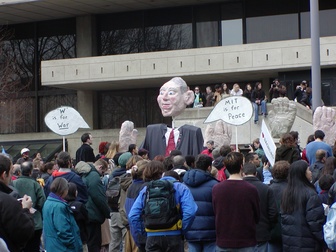 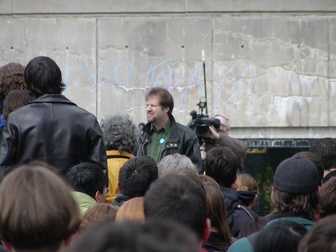 The microphone was very quiet, so sometimes it was hard to hear the speakers. Also the news helicopters overhead kept buzzing closer and closer, making the ambient noise very high. 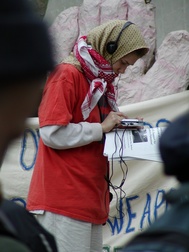 A 21st century protest — this woman is recording the speeches onto minidisc.

I saw a guy with a video camera attached to a laptop. I saw lots of cell phones everywhere. I didn’t get a shot, but often people would hold the phone up to the crowd so the other party could hear. Imagine if the US had more phone-picture infrastructure, MMS, etc? I could see talking to friends across the country, sending eachother photos. I would also like to update my blog from a phone.

I worked some, then headed to government center for round two. I got there just as the marchers reached city hall plaza 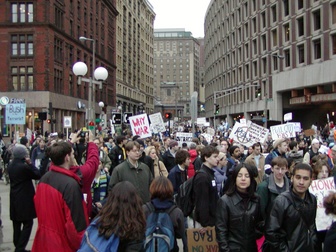 A lot of the signs were more extreme than I would have liked: Bombing for peace is like fucking for virginity, Fuck Bush, fuck all bastards(?!?), etc… Any news organization is going to have to edit around these stupid signs, making it harder for the protests to get mainstream coverage. 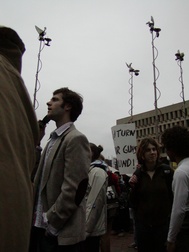 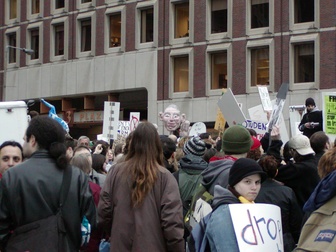 The Bush head made the trip 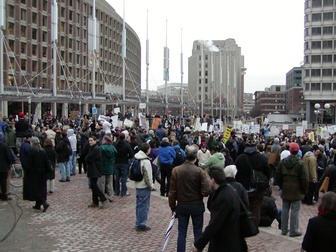 There were a lot of people 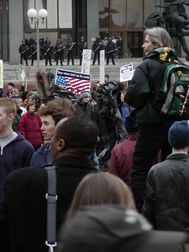 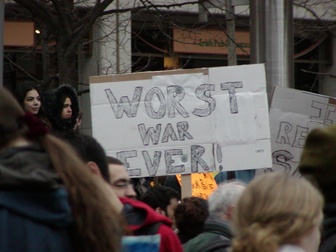 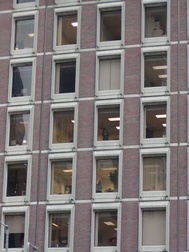 Everywhere we went people watched from the windows like observers of an experiment.

It was much darker marching to Copley, so I didn’t take as many photos. 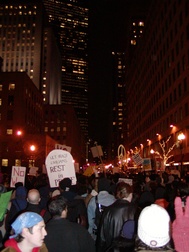 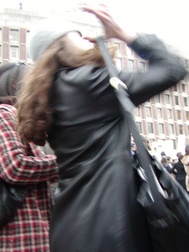 This photo is very dynamic, but also sort of creepy. I like.