So about, uh, a month ago, Char and I took a day-trip to Providence. It was meant to be a “week-end
getaway,” but I’m a slacker so we couldn’t get a hotel for the night. But we had a very enjoyable day. 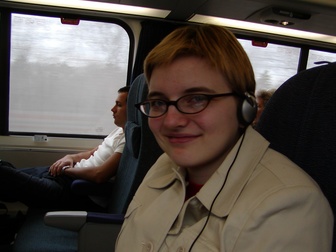 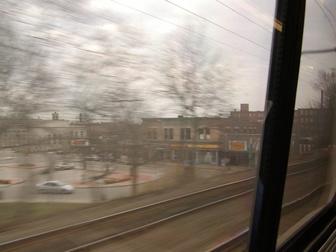 We took the Amtrak train down to Providence, and it was fast and cheap. We even got Acela tickets, so it
only took 30 minutes to get there. Basically it’s as fast to get to Providence than it is to get to Davis Square.

When we got to Providence, we bought a map and started wandering around to get a feel of the place. I’d never been there, so I didn’t really know where to start. We knew we were going to the zoo later on, and we knew we wanted to eat breakfast in a diner, but finding a diner was more difficult than you’d think.

It seems that Providence has fallen victim to a giant sucking leach of a mall, which is situated right next to the train station. It’s a few football fields long and 4 stories high, and has every single stupid chain store you’ve ever heard of. Just when Char said “boy too bad there’s no Guess store!” We turned a corner and found one. We left the mall, and tried to find our little diner. We walked around the downtown, and found just about every single store and restaurant closed and boarded up. There was abosolutely no business being done outside the mall. Finally we found one last little place called the Metro Cafe (189 Weybosset St) and ate there. 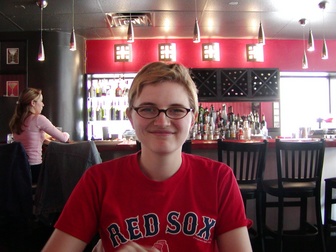 We went to the zoo in Providence, and other than it being overrun by kids it was nice. Zoos are depressing places, because rather than being gleefully ignorant we’re crushingly aware of the general cruelty of keeping wild animals in small places with nowhere to run and nothing to do but follow the shady spot around the pen all day. I don’t think it’s a matter of being too PC either, I think zoos are a concept whose time has passed. When was the last time you heard of a brand new beautiful zoo going up somewhere? 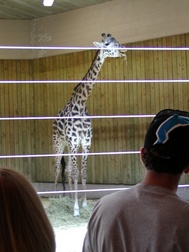 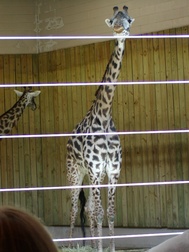 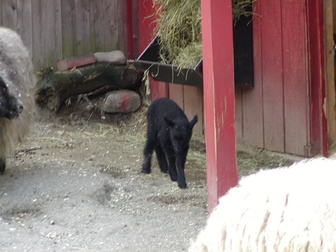 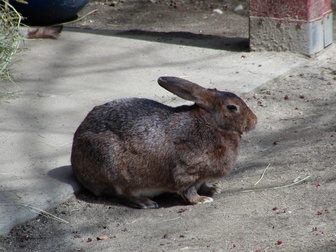 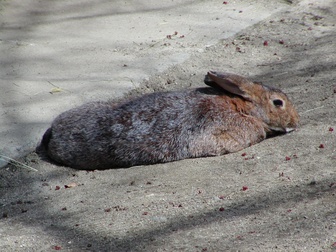 Char demanded a new friend, so I got her a cute little snow leopard. She named it “Mocha chip.” 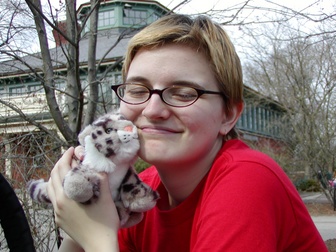 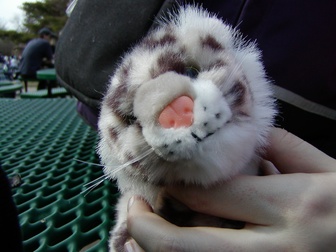 We also saw the real thing 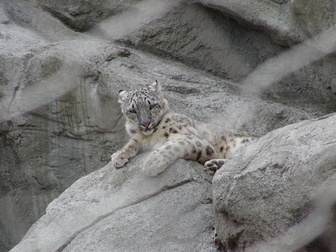 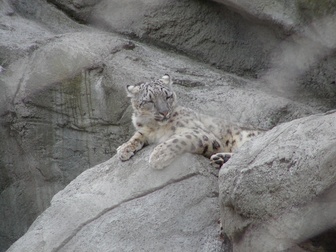 When we left the zoo we saw one of Char’s favorite animals, a wood duck 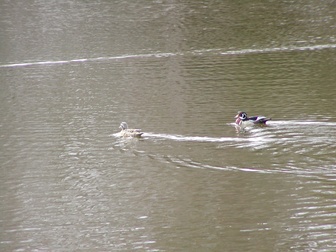 I still feel bad for screwing up the hotel thing and only getting one day in Providence, but we’re probably going to go back again, next time to Newport. We’ll get a cute bed and breakfast and everything, really.