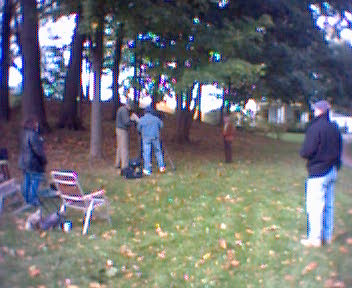 If you watch fluffy ‘making-of’ pieces on tv or dvds, you get the impression that most of the time in production is spent saying ‘action’ and ‘cut’. But the reality is much more boring than the puff pieces imply. Most me the time is spent waiting for things, like the lighting or the sound, or the actors. From my perspective, i’d say 66 percent of the time is waiting, 33 percent of the time is doing actual work. This isn’t to say we’re a bunch of lazy bastards. The director certainly works all the time. But given the number me things that need to be coordinated and checked, moving faster would cause more problems than it would solve